According to the Traditional and Complementary Medicine Bill (2012), this council consists of eleven persons appointed by the Minister on the recommendation of the Director General, which consists of :

The Malaysian population consists of various ethnic who are Malays and indigenous (58%), Chinese (24%), Indians (8%) and other races (10%) (Encyclopedia of the Nations,2012). Thus, study that involved asthmatic patients in Ipoh discovered 60% of Malays patients became TCM consumers followed by Chinese (27%) and India (24%) in 2006 (Mokhtar & Chan, 2006). It is corroborated by a study conducted in 2009 in the capital of Malaysia; Kuala Lumpur which found 66.7% of users of TCM is the Malays. However, this study found the Indians to be higher TCM users 55.0% compared with the Chinese only 16.7% (Alshagga et al., 2011). Gender factor also plays an important role where the female has been attributed to the use of TCM, including the United Kingdom, Germany and Malaysia (Ernst, 1998; Schäfer, 2004; Alshagga et al., 2011).

Among the reasons why patients use TCM include their disease are more controlled, feels more vibrant with their actions, concern about the side-effects of modern drugs or had frustrating experiences with doctors (Austin, 1998). Based on the study of the population of Malaysia, the reason given also including for transquility (Mokhtar & Chan, 2006), just want to try, as an additional treatment, cheaper cost compared to conventional drugs, as an emergency treatment (Alshagga et al., 2011), to avoid side -effects of drugs or steroids, to relieve the symptoms of asthma and conventional therapy does not help or failed to cure their disease (Mokhtar & Chan, 2006; Alshagga et al., 2011).

For the Malay community, the traditional treatment help to relieve their asthma such as drinking honey mixed with egg, homeopathy, massage and pegaga (Mokhtar & Chan, 2006) Honey is believed to be nourishing as it can enhance the body resistance to dust, pollen or mold including the homeopathic medicine (Steurer-Stey, Russi & Steurer, 2002). For the Chinese, the “cold” disease like asthma requires “hot” food such as meat of wild animal or some consumers take fish oil (Mokhtar & Chan, 2006). Yoga is a breathing technique practiced by the Indians. According to Nagarathna and Nagendra (1985), it is intended to cure asthma by controlling the symptoms of asthma and for relaxation. This was exemplified by studies in which the stimulated by the stimulation factors or asthma attack frequency being reduced (Nagarathna & Nagendra, 1985).

Amongst the TCM consumers (72.2%), 81% felt a subjective improvement of asthma control. Average s core for the level of confidence in the effectiveness of TCM to improve asthma and other health problems is 5:53 from 10.00 (Mokhtar & Chan, 2006). However, it is hard to ascertain or measure the effectiveness of treatment as it is probably influenced by the psychological factor (Nagarathna & Nagendra, 1985).

If you want to try traditional treatments or TCM, please :

1. Get information about a product or service before using it.

2. Read the label first before taking medicine to understand the directions for use and side -effects.

3. Report to the authorities (“Traditional and Complementary Medicine Council” or visit www.bpfk.gov.my) for : 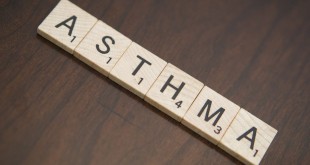