What is Exercise-induced Asthma?

Of the many non-pharmacologic and non-immunologic contributors to airway obstruction in patients with asthma, exercise is one of the most common stimuli, ranking second only to viral respiratory tract infections.

Although the pathogenesis of EIA is not fully understood, this condition probably results from exercise-induced hyperventilation and changes in airway physiology. The prevalence of asthma and other similar phenotypes have been investigated using written and video questionnaires, developed for the International Study of Asthma and Allergies in Childhood (ISAAC).

The prevalence of exercise-induced wheeze ranges from 5.4% to 31.4%, depending on the time of the investigation and the characteristics of the study population (i.e., age and location). Traditionally, EIA is evaluated on the basis of a 10-15% decrement in the forced expiratory volume in 1 s (FEV1) or the peak expiratory flow (PEF).

Epidemiological surveys have determined that the prevalence of EIA in children from the general population ranges from 3.1% to 16%. In addition, some studies have observed a slightly higher incidence in girls and children living in urban areas. These observations suggest that social and environmental factors (e.g., wealth, lifestyle and housing environment) are important determinants of EIA.

Approximately 40%-90% of people with asthma experience EIA. The wide range in percentiles probably reflects study-specific differences regarding the intensity of the exercise used to produce obstruction (as well as variations in the definition of EIA) and in the methods used to detect the response (as well as a failure to standardize environmental variables, such as temperature and humidity, which can influence the magnitude of the obstruction).

Someone may have exercise-induced asthma if he or she :

Kids with exercise-induced asthma often begin having symptoms 5 to 10 minutes after starting to exercise. Symptoms usually peak 5 to 10 minutes after stopping the activity and may take an hour or longer to end. Some people with EIA even have symptoms for hours after exercise. Although symptoms often appear while kids are active, sometimes they can appear only after the activity has stopped.

Of course, there’s a difference between someone with exercise-induced asthma and someone who’s out of shape and is simply winded. Out-of-shape people can catch their breath within minutes, whereas it takes much longer for someone with EIA to recover. And extremes of temperature, especially cold weather, can make it even worse. 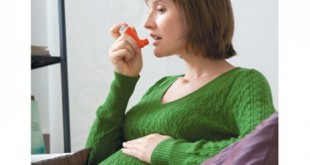 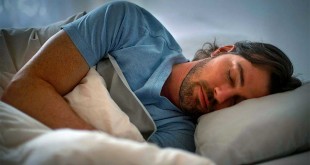 Asthma and allergic rhinitis is a worldwide problem and the Malaysian children and adults do …
Hakcipta Terpelihara © 2016 Bahagian Pendidikan Kesihatan, Kementerian Kesihatan Malaysia