Will the baby be healthy?

Is there any long term harm to the woman?

Generally, in the context of pregnancy, a woman with chronic kidney disease with serum creatinine < 120-130 µmol/L is considered to have mild kidney disease.

If a woman with mild kidney impairment and normal blood pressure has little or no protein in the urine, a pregnancy is usually successful. Generally, there is no long-term effect on the woman’s kidney function.

If a woman has reduced kidney function, the risks of complications during and after pregnancy are higher. Moreover, the chances of successful pregnancy outcome are reduced.

Once kidney function is down to less than a quarter of normal (with a blood creatinine level of more than 250 µmol/L), there are likely to be more problems during pregnancy especially uncontrolled blood pressure

Major risks of hypertension in pregnancy are

Babies born to women with moderate to severely reduced kidney function are more likely to be premature (born too early, before 37 completed weeks of pregnancy), low birth weight and small for gestational age.

In addition, the kidney function of the mother may get worse during pregnancy. In extreme cases dialysis may need to be started to enable the unborn baby to grow.

Occasionally, the mother’s kidney function will continue to deteriorate after delivery and sometimes she may need to be on long-term dialysis.

The timing of pregnancy may need some planning for a woman with pre-existing kidney disease. It may be best to have a child whilst kidney function is quite good (mild kidney disease).

Waiting until kidney failure is advanced increases the risks, and some women decide to delay pregnancy until after they have received a kidney transplant, because of the risks to their own kidney function and because pregnancy on dialysis has a low success rate.

It is important for the woman and her husband to obtain pre-conception counseling from a nephrologist (kidney specialist). The decision to become pregnant is individualized. Both the woman and husband must fully understand the risks involved.

The method of birth control recommended depends on the underlying cause of kidney disease and the associated conditions. The diaphragm, sponge, and condom are good means of birth control, especially when used with spermicidal creams, foams or jellies. However, it is best to consult a doctor.

In this scenario, there is no opportunity for pre-conception counseling.

The couple would be counseled regarding the following factors:

In some circumstances, dialysis might need to be started in pregnancy. A therapeutic abortion might need to be considered if the mother’s life is threatened. The decision to continue with the pregnancy is individualized. A multi-disciplinary team comprising primary care clinicians, nurses and specialists will need to be involved in the care of the woman and her baby. 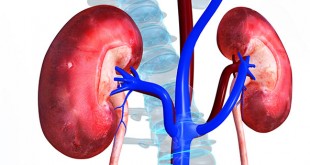 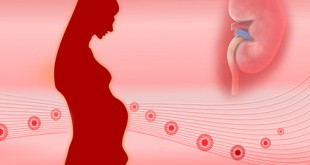