Kidney plays an important role in maintaining fluid and electrolyte balance. It retains the required substances and excretes undesired substances in the form of urine. This is to ensure optimum functioning of the body. 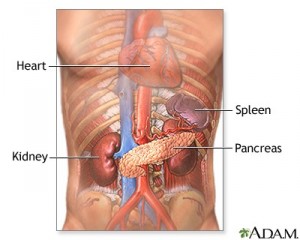 Diagram 1: Anatomy of the kidneys [3]

What Is Renal Profile?

Renal profile indicates how well the kidneys are functioning. It is reflected by the parameters mentioned above. Renal profile is a monitoring tool for patients with chronic kidney disease.

How to Test for Renal Profile?

Renal profile is done by taking a blood sample. It will then processed by an accredited medical laboratory. Patient does not have to fast for this test.

Medical laboratory will provide normal ranges as referral guide. The doctor will interpret the results based on clinical findings.

When to Test for Renal Profile?

Renal profile is tested at least annually for diabetes and hypertensive patients [1,2]. More frequent testing is required when an abnormality is discovered and confirmation needed. Most importantly renal profile is done to monitor the stability of kidney function.

Why Test for Renal Profile?

Diabetic nephropathy is one of the microvascular complications occurring in diabetes patients.

Diabetic nephropathy indicates damage to the nephrons. Hyperglycaemia causes thickening to the nephrons which slowly become scarred over time. The kidneys begin to leak and protein (albumin) passes into urine.

Diabetic nephropathy can lead to chronic kidney disease and progresses to end-stage renal failure. Patients will need haemodialysis when the kidney has stopped functioning. 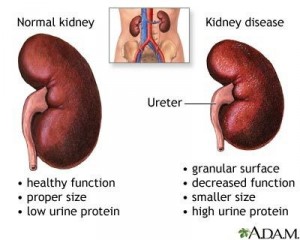 Why is Renal Profile Important for Diabetes Patients?

Renal profile is a useful tool to detect diabetic nephropathy in diabetes patients.

Is There Any Treatment For Diabetic Nephropathy?

Angiotension Converting Enzyme Inhibitors (ACE Inhibitors) and Angiotension Receptor Blocker (ARB) can retard the progression to end-stage renal failure [4, 5].They have been shown effective in slowing the diabetic nephropathy progression and is recommended by the American Diabetes Association [5].

Can Diabetic Nephropathy Be Prevented?

Optimal control of blood glucose and achieving target HbA1C is essential [1]. Blood pressure control and targeting to 130 / 80 in diabetes patients is an integral aspect of diabetes management.

Optimal control of blood glucose and blood pressure can prevent the emergence of nephropathy. It will also retard the progression to end-stage renal disease.

Avoidance of noxious drugs such as painkillers e.g. ibuprofen, naproxen and celecoxib is advocated [3]. These drugs may injure the kidney further leading to deterioration of kidney function. 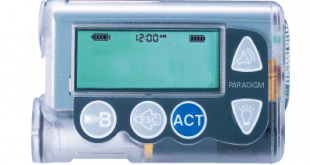