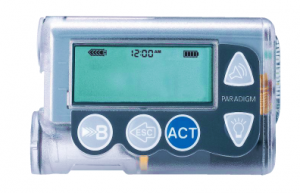 An insulin pump (Fig. 1) is a small portable computerized device that delivers rapid-acting insulin via an infusion set which includes a flexible, plastic tube (called a cannula) that is inserted under the skin.

Although the use of insulin pumps in the West has increased by leaps and bounds especially among the type 1 diabetic individuals, its use in Malaysia remains very limited.

Insulin pump was first used in Malaysia in 2001. At present, there are about 100 diabetic individuals on insulin pump therapy in Malaysia.

How Do Insulin Pump Work?

The bolus dose that replaces rapid- or short-acting subcutaneous insulin injection covers for the rise in blood glucose in response to meals as well as snacks intake, it is also used to correct for unexpectedly high blood glucose during

The mode of bolus delivery can also be administered via 3 different ways, i.e. the standard, dual wave or square wave bolus based on the meal composition (proportion of carbohydrate, protein and fat) as well as the duration of meal consumption.

Insulin pump therapy has the best ability to mimic the insulin release from a healthy functioning pancreas by delivering insulin at a rate and dosing customized to an individual’s needs which is not achievable with the conventional subcutaneous insulin injection (Fig. 2).

Figure 2(b) : Continous subcutaneous insulin infusion using an insulin pump is the most physiological method of insulin delivery currently available.

Who Should Use Insulin Pump?

Insulin Pump therapy should be considered in diabetic individuals of all ages requiring insulin therapy with the following situations :

Some advantages of using an insulin pump instead of subcutaneous insulin injections are :

The disadvantages of using an insulin pump include :

Getting Started With An Insulin Pump

Once you have decided to commence on insulin pump with your diabetes care team, your doctor will work out the preliminary insulin pump setting including the basal infusion rate, carbohydrate ratio and insulin sensitivity factor based on your pre-pump total daily insulin dose or your body weight. The pump setting will then be further adjusted based on your 8-point finger-prick blood glucose readings at home.

The consumables or accessories required for starting on insulin pump therapy include an auto-insertion device (serter), an infusion set, a reservoir, a glucometer and glucose testing strips (Fig. 3).

Figure 3 : The consumables or accessories required for starting on insulin pump therapy.

Individuals who are being commenced on insulin pump therapy should be committed to the following prerequisites :

Upon commencing on insulin pump therapy, you will be given training on the following :

It may take several weeks to get used to the insulin pump. Here are some practical tips recommended during maintenance therapy :

What Type of Support Service Do I Need While On Pump

What Does The Future of Insulin Pump Hold?

The latest model of insulin pump can now be incorporated with a real-time continuous glucose monitoring system (CGMS) which provide instant feedback to the pump user on the blood glucose levels. This will allow the user to act on the high or low blood glucose immediately by administering correction bolus or suspend the insulin pump temporarily. A close loop system involving instant feedback of real-time blood glucose back to the pump along with automated control of insulin release or suspension is currently under development.

As the most physiological method of insulin delivery currently available, Insulin pump therapy is a treatment option for people with diabetes that allows more flexibility by matching the insulin delivery with an individual’s lifestyle, more stable insulin absorption, less unpredictable swings in blood glucose thus leading to better quality of life along with better blood glucose control (6-8). With further technological advancement, a completely automated system of insulin delivery that simulate the normal insulin secretion from a healthy pancreas may be available in the near future. 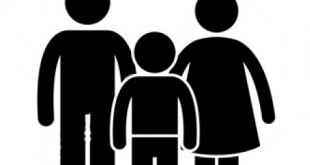 Tips For Diabetes Patients and Caregivers